The 5 Blocks Keeping You From Embracing Technology

Do you want to put up a web site, create a digital product or learn how to use a new application? What’s stopping you? Today I’m going to explore five of the most common reasons I’ve found that keep you from achieving what you want to do with technology. And I’ll also give you my suggestions on how to overcome them.

These fears and beliefs are common, but not always conscious. In other words, you may think it’s a reality, not just an internal belief. And the fears I outline below are often misguided. There is a small measure of truth to them, but they’re not reasons to avoid technology. They’re often valid but can be overcome in a few simple steps.

I’ve talked with dozens of people about their struggles with technology, with the goal of figuring out what kept them from moving forward. It often came down to these false beliefs and fears rather than anything real. In one case, simply talking through the problem was enough to give them the confidence to push through their beliefs, and by the time we spoke again, the problem was solved. 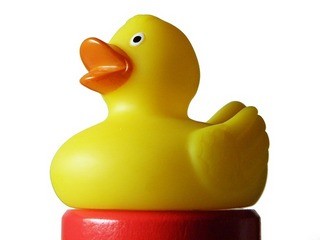 Talking through a problem isn’t just for people who are struggling with technology. It’s a tool that can be helpful for everyone. The process of explaining what you’re trying to do and what’s not working often reveals the answer to your problem. The funny thing is, you don’t even need a person. A rubber duck works just as well. There’s even a formal “Rubber ducking” process used by programmers.

Let’s get to the five blocks and how to overcome them.

Solution: Focus on the benefits instead of the potential downsides 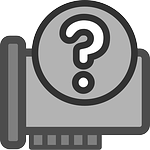 Disliking the unfamiliar is extremely common. My 7 year-old regularly tells me he doesn’t want to try new activities. When I ask why, he tells me he might not like it. In the realm of technology, being unfamiliar with new things is the norm. But it doesn’t have to be unpleasant.

Think of Christmas morning. You don’t know what your gifts are (unless you peeked), but you still want to open them. Or what about a book or TV show that’s building to a suspenseful conclusion? Knowing what’s going to happen ruins the ending. We want to head into the unknown to find out what happens. That’s what makes it fun. There are plenty of other unfamiliar experiences that you enjoy. It’s easy to grow accustomed to our lives, but they were once unfamiliar too.

I find it most useful to focus on the potential benefits. For instance, let’s say you hear about a new application that could help your business make more money. Instead of thinking about how it might not work, or it may cause problems, think of how it could help. This doesn’t mean it’s going to work, but you won’t find out if you don’t try it. Once you’ve tried it, then you can make a rational decision about whether to use it.

Solution: Create a sandbox where you can play without fear of breaking anything 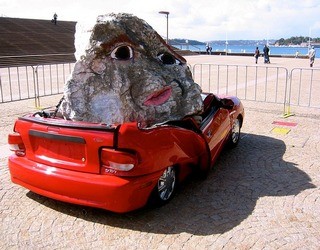 The fear of ruining or making the problem worse is as common as air. And it’s easy to make things worse if you don’t know what you’re doing. The trick here is creating an environment where you can play around without worrying. If you’re struggling with an application, make a copy of the original file, then go wild with the copy. Even if you delete the whole thing, it’s fine. Just play with it.

If you’re trying out new software, create another account or use Sandboxie to run programs in the sandbox. Knowing that you’re just playing around frees your mind to explore and have fun. This gets you past the fear of breaking something.

Setting up computer backups is another way to give you peace of mind. That way, even if things really go south and your computer becomes unusable, you’ll still have your important files and you can get back up and running again.

One of the reasons young kids pick up on technology so quickly is because they don’t think about all of the bad things that could happen. They just have fun. Creating a sandbox of some kind lets you get back into that same mindset.

Block #3: I’m just not cut out for technology

Solution: Start with something simple 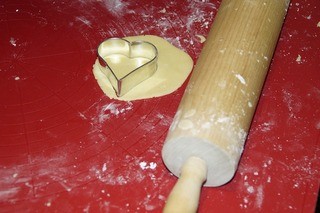 When people tell me they’re just not cut out to use technology, it’s usually because they’ve had a bad experience along the way. But when I dig deeper into what happened, I often find they made a simple mistake or got confused along the way. That’s not the same thing as not being cut out for it.

If I took you to a city or town you’d never been before and you got lost, would you believe you’re just not cut out for it? I hope not, because you’d ruin my example. The point is, no one can be expected to jump into a new experience and know everything there is to know about it. You don’t blame foreigners for not speaking your language and there’s no reason to blame you for not knowing about technology.

Treat it like a foreign language. Start out with a simple technology that you’d like to learn how to use. This could be anything from the microwave, your DVR, your cell phone or your computer. It doesn’t matter where you begin, as long as you start somewhere.

Technology moves at a rapid pace, but that doesn’t mean you have to. Take it slow, read the manual and ask questions. I guarantee you can get a lot more done with technology when you have a relaxed attitude instead of beating yourself up about it.

Solution: Break the problem down into a smaller steps

This block is probably true, but it also has a simple solution. When the problem you’re dealing with is too complex, the best way to handle it is to break it down. The trick to doing this well is by asking good questions.

Once you’ve answered that question and figured out the answer, take action on it, then move on to the next question. As you progress through each step, you can forget about the rest of the questions you have to answer. Those don’t matter. For now, just focus on what you can do to answer the very next question.

This will reduce your feelings of overwhelm and will help you make steady progress toward your final goal.

Block #5: I don’t know the terminology 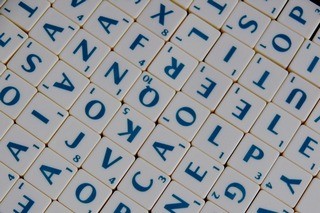 Terminology and acronyms can make it difficult to know what people are even talking about. When you’re introduced to a topic you don’t know much about, it can really help to familiarize yourself with the terms that are used. These two sites will become your best friends.

Wikipedia has over 4.5 million articles about nearly everything you can think of. If you want to learn about web hosting, search for web hosting and you’ll find this web hosting entry that gives you a nice overview. If you find that too complex, you can try using Simple English Wikipedia. They only have a little over 100,000 articles, but they’ve simplified the language to make it easier to understand.

Another resource is Reddit’s Explain Like I’m Five page. It’s hit or miss as far as what you can find, but if you don’t find what you’re looking for, you can request an explanation.

The Acronym Finder can tell you what an acronym means. For instance, have you ever wondered what HTTP stands for? You can find HTTP and a million other acronyms at your disposal.

While the internet can be complex and confusing, it’s also provided us with a powerful way to get answers to your questions.

How to get help

I understand that sometimes you want someone to guide you through the process. Learning on your own can be frustrating, especially if you feel stuck. I can help you with a specific project or with a variety of projects.

And you can always sit down and chat with me for 30 minutes.