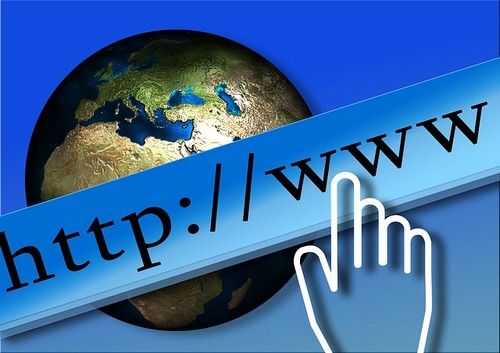 The first time I ever created a web page was in college in the early ‘90s. My site was hosted on the BYU Computer Science department’s servers under my username. A few years later I worked for a web hosting company and got a free hosting account. I moved my sites over and created a few new ones. When I left the company, I had to start paying something like $60/month for hosting. I started hosting friend’s web sites in order to offset the cost of hosting. It turned into a small web hosting service for a few dozen sites for several years. Eventually I moved to a lower cost hosting service and stopped offering hosting altogether.

But even after all of my experience with web hosting, I still don’t know for sure what the best hosting services are. Web hosting is not nearly as expensive as it once was, and it’s far easier to use. But how do you know which service is right for your needs? If you’ve ever looked for web hosting reviews, you know how confusing it can be. There are two kinds of reviews you’ll often find.

The first kind of review isn’t bad, but it doesn’t give you enough information. It’s like hearing that the Ford Pinto is a nice car from a friend who just bought one. It may be nice, but there is also that little detail about it exploding into a ball of flames in a crash.

The second type of review is the one to watch out for. They have no interest in helping you find the right hosting company. They just want to make the most money. Affiliate marketing is fairly simple. You are paid to refer new customers. For instance, if I put an affiliate link to BlueHost (a respectable hosting company) on this page, and you clicked it and signed up for their service, I would make $65. Review sites often rank web hosting services by how much they pay affiliates rather than a meaningful metric for the consumer.

Note: I don’t use affiliate links on this site in order to avoid a conflict of interest.

How do you choose a web hosting service?

That’s a great question. The way I prefer to choose them is to poll people I already know and trust. I find out what they use, then I combine that with my own research. I have used a large number of web hosting services like GoDaddy, Hostgator, BlueHost, Dreamhost, Netfirms, Verio, MediaTemple and more. I currently use Linode and Digital Ocean, but they don’t suit the needs of a typical user.

Poll people with similar needs as you. If you’re creating a site devoted to crumb buns, asking for a recommendation from someone whose site gets a few hundred thousand visitors may not be the wisest move. Your site may not get the same kind of traffic, unless you have some pretty interesting things to say about crumb buns.

If you don’t want to read any further and just want to pick a web host, I’ve found Hostgator to have a reasonably good service. They aren’t perfect, and their performance isn’t always ideal, but that’s usually what you get with shared hosting.

If you want to do some more research, here are two sites to help you make your decision.

I recently came across NCMOnline. They have what seem to be legitimate web hosting reviews (a rarity). According to their site, they purchase web hosting services, then measure performance and uptime. I can’t vouch for them entirely, but from what I’ve seen their reviews are thorough and they use more data than opinion. They also assess how easy it is to install Wordpress.

I was surprised to see their #2 rated hosting service has a D- Better Business Bureau rating. I would think that would have more of an impact on the overall rating. I wouldn’t take their reviews as absolute truth, but they add useful information to your decision of which host to use.

ReviewSignal tries to rank services by what people are saying about them online (primarily on Twitter). For instance, if you tweeted that you love Bluehost, ReviewSignal would take that into account for their Bluehost rating. They use affiliate links, but don’t appear to be ranking hosts by affiliate earnings.

Their current top-rated hosting service, A Small Orange, has a good reputation from my experience so it seems like it’s working reasonably well.

It can be easy to get caught up in the details of web hosting services (believe me, I’ve done it!) but if you go with a mainstream service you will probably be fine. And if they start having too much downtime or performance problems, you can always switch to another service.

Don’t let it keep you from moving forward for more than a few days. Being stuck in analysis paralysis is not a good place to be.

How to Switch Back to the Classic Version of Google Maps
Do You Have a 64-bit Processor?